20 minutes walk
The Quirinal palace (know in Italian as the Palazzo del Quirinale or simply Quirinale) is a historic buildingin in Rome, one of the three current official residences of the President of the Italian Republic, together with Villa Rosebery in Naples and Tenuta di Castelporziano in Rome. It is located on the Quirinal Hill, the higestof the seven hills of Rome, in an area colloquially called Monte Cavallo. It has housed thirty Popes, four Kings of Italy and twelve presidents of the Italian Republic. The Quirinal Palace was selected by Napoleon to be his residence par excellence as Emperor. However his permanence never took place becouse of the French defeat in 1814 and thesubsequent European Restoration. 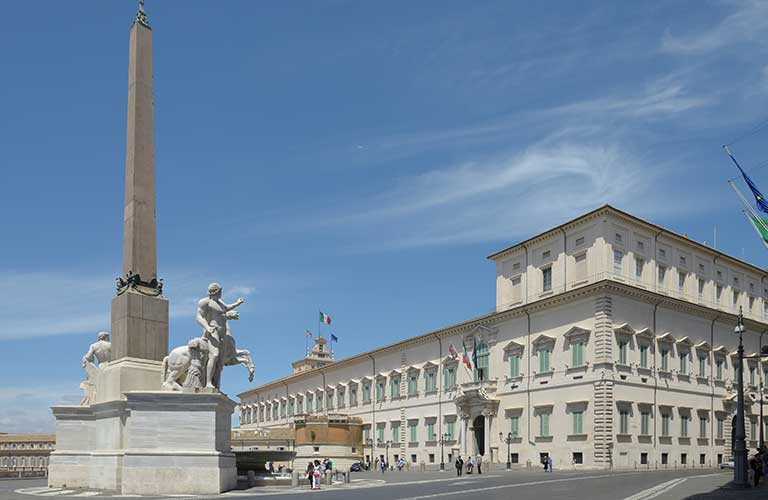 Do you want to visit Rome? Book your holiday!